Lisa J. bought a home in Glouster as-is because the previous owner passed away. She called Mid-State Basement Systems because the basement walls were cracking and bowing. She was also concerned about water intrusion through the walls. One of our certified inspectors visited the home to do a thorough investigation and provide a free quote for a permanent repair.

We installed several products to repair all of the issues in this home. Our crew, led by foreman Byron Salinas, first performed a dig and push on one of the walls. This is a technique preserved for the most damaged walls when they have moved so far out of place that they need to be realigned from the outside.

After that, they installed PowerBrace steel I-beams to support the newly aligned wall and prevent further movement. They also placed these along the other cracked walls to prevent those from moving. PowerBraces are galvanized steel beams that are fastened to the floor joists and concrete slab. They can be tightened over time to shift the walls even more if need be.

Then, they moved on to the waterproofing part of the project. This involved installing a WaterGuard subfloor drainage system around the perimeter of the basement, as well as a SuperSump sump pump, and a new discharge line to make sure all water now and in the future is exported out of the home.

Now, Lisa no longer has to worry about the structural integrity of her new home or water leaking in the basement, so she can start on other projects such as making it feel like home. 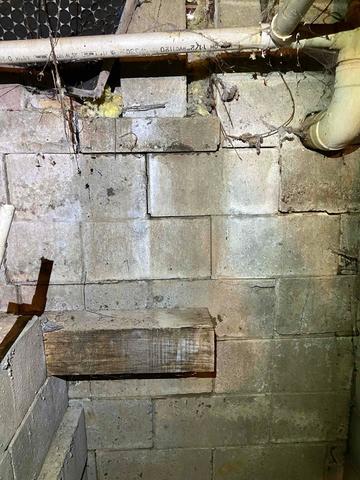 This is what all the walls looked like before with the cracking and shifting cement blocks. 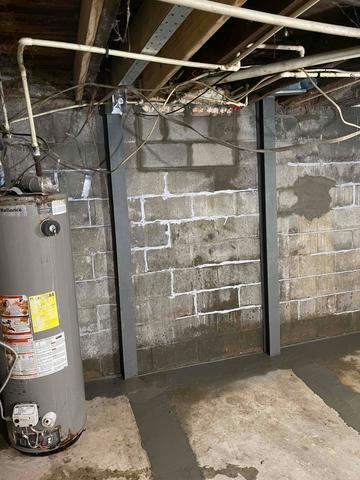 This is the wall after the dig and push was performed, the PowerBraces were installed, and the cracks were filled in. 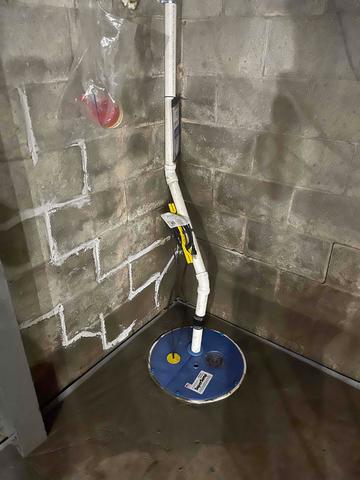 This is the new sump pump that will keep the basement dry!

Before & After Photos: Sump Pump Replacement and Basement Waterproofing in Glouster, OH
Back to Previous Page
Back to Case Studies