A homeowner in Columbus, OH called Mid-State Bsdement Systems because a wall in their finished basement was leaking. They could also see from the outside that there were cracks in the foundation wall. Our certified inspector went out to the home to do a thorough inspection and provide a free estimate for repair. Unfortunately, this would require tearing down the drywall on the affected wall.

The homeowners realized they needed to repair the wall and leakage to prevent further damage and get rid of the mold growing behind the drywall. This is a great example of why it's important to waterproof a basement before finishing it!

Our expert crew, led by foreman Milton Castro, tore down the drywall in order to install a WaterGuard sub-floor drainage system and PowerBrace I-beams. WaterGuard is a unique french drain system only available from Basement Systems suppliers. It sits directly on the concrete footer and is designed to collect water from underground, on the floor, and through the walls. It is installed at a slight angle to drain the water into a sump pump which will pump it up and away from the home.

PowerBrace I-beams are galvanized steel beams that are bolted to the concrete and floor joists above and push against the damaged wall. These beams can be tightened over time to slowly push the wall back to its original position.

The homeowners are happy with the waterproofing and foundation stabilization work we completed, however, they are disappointed that they now have to refinish that wall and part of the floor. Again, this is why it's very important to waterproof a basement before finishing it. 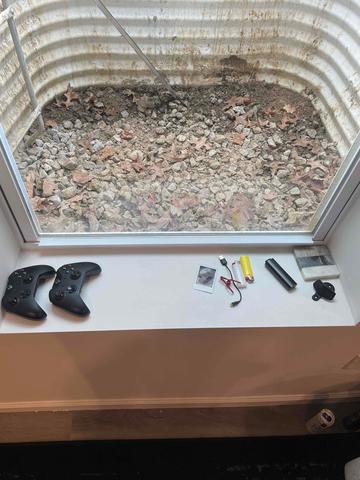 This is the egress window and window well in the finished basement before the work was completed. 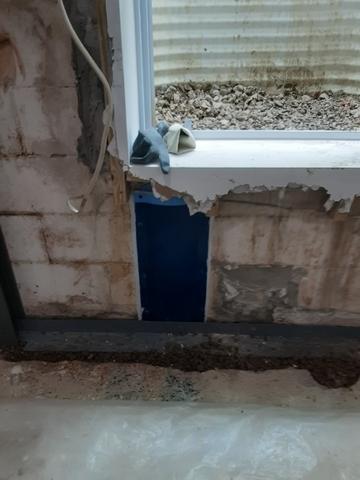 This was the egress area after we had to demo and waterproof it. 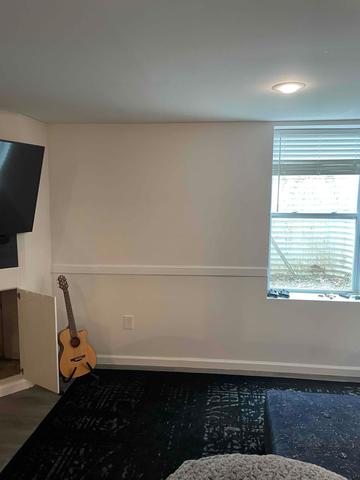 This is the finished basement wall that began to leak and was cracked behind the drywall facade. 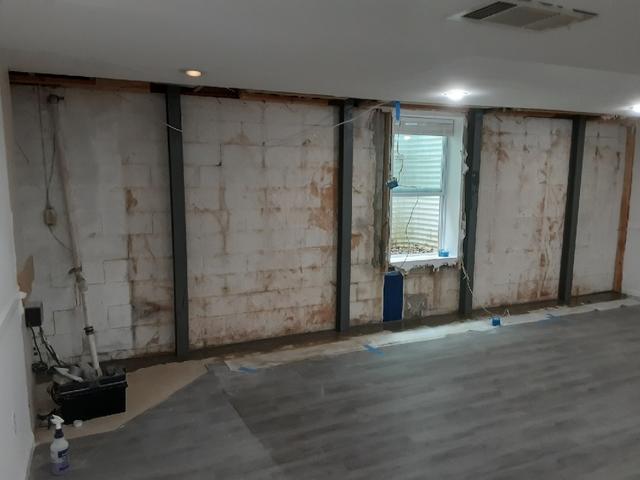 This is the wall after we installed WaterGuard and PowerBrace beams.

Back to Previous Page
Back to Case Studies