Over time foundations settle and move, this can cause damage to your basement walls and possibly cause wall fialure. THere are four stages of wall failure to look out for. If you are experiencing any of these stages, contact us today for a free inspection. 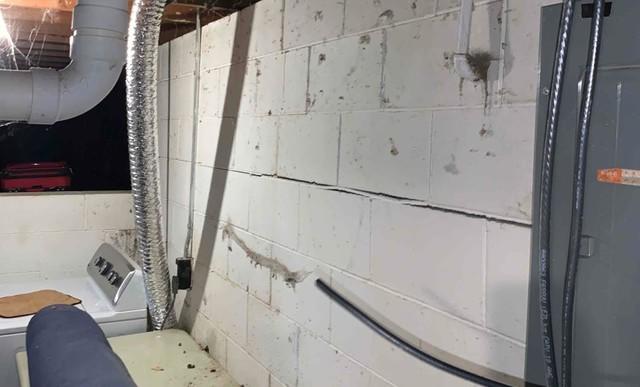 The first stage of wall failure is horizonal cracking in your foundation walls. A horizontal crack could happen for a number reasons, but most commonly it's because of a change in pressure when the soil around your foundation freezes and thaws. It is especially common in the spring. The pressure of the soil against the wall is too much.

At Mid-State Basement Systems, our solution for horizontal cracking would generally be to install CarbonArmor stips along the affected wall. CarbonArmor will hold the walls in place, not allowing any further bowing to happen. CarbonArmor is a great solution for early stage wall failure. 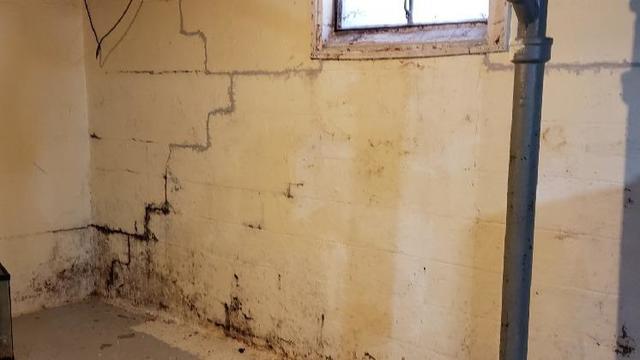 Stair-Step cracks are most common in block foundations and are often found in the corner of basements. Stair-step cracks are the second stage of wall failure and indicate that your wall is getting worse. At this stage, we not only want to stabilize your wall, but we'd like to correct it.

At Mid-State Basement Systems our solution for stair-step cracks and bowing walls would be to install our PowerBrace System. These steel beams are anchored the basement floor and to the floor joist above and allows us to straighten your basement walls over time. 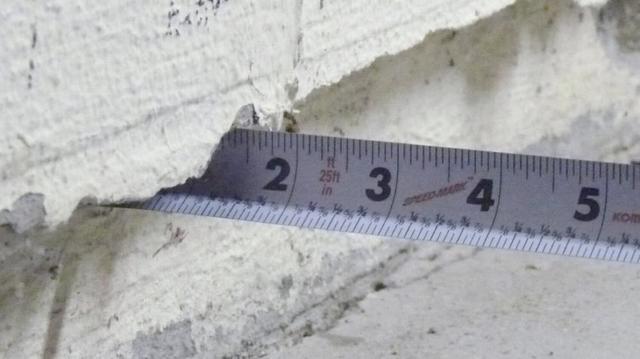 The third stage of wall failure is shearing. Especially common on block or brick foundations, shearing is when the whole wall shifts away from the bottom layer of brick. Whether it's a few centimeters or a few inches, shearing is a serious problem and you want to have it looked at right away.

The best solution for shearing is usually the PowerBrace System which can return your wall to it's original position over time.

As you pass through the stages of wall failure, you won't just see cracks, there will likely be water damage, mold, and a musty smell in your basement. Watch for any of these signs, because the earlier you catch a foundation problem, the easier it will be to fix! Once you've reached the fourth stage of wall failure, there is no saving it and will have to be rebuilt.

Foundation problems can often reduce the value of your home by 10-20%. If you're thinking of selling in the future, it's best to get these problems fixed today, before they get worse. So if you noticed cracks, moisture, or a bad smell in your basement give Mid-State Basement Systems a call today for a FREE inspection!

Back to Previous Page
Back to News & Events