A homeowner in Ashley, OH called Mid-State Basement Systems because his whole basement was damp and his crawl space had standing water and was overall not in good shape. For the crawl space, we used SmartPipe, perimeter french drains specially designed for crawl spaces, to waterproof the crawl space. Then, we laid down drainage matting to prevent any potential water from puddling and instead run to the drains. Finally, the crew installed CleanSpace liner on top of that to prevent any further water, dampness, pest, mold, and more from entering the space again. For the basement, our crew installed WaterGuard subfloor drains along the walls and a SuperSump pump for the drains to carry water into. The sump pump was connected to drainage pipes that were redirected outside and away from the home. The homeowners are thrilled with the work we completed! 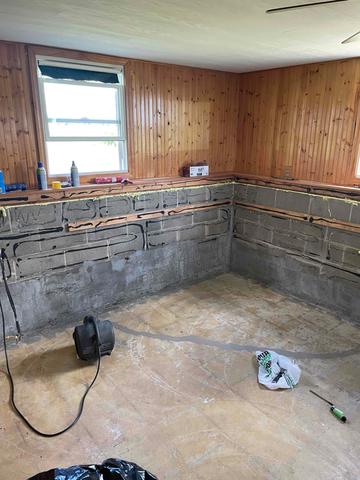 The basement was wet before and the homeowners were running a fan to dry it up. 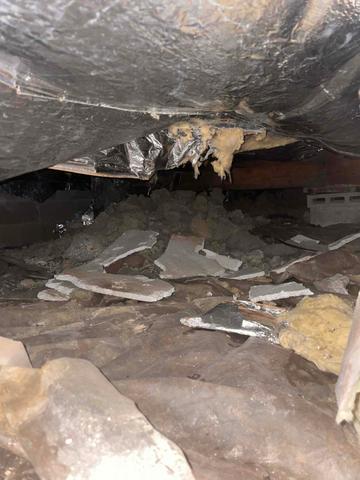 The crawl space was very dirty and had a lot of debris prior to being encapsulated by our team. 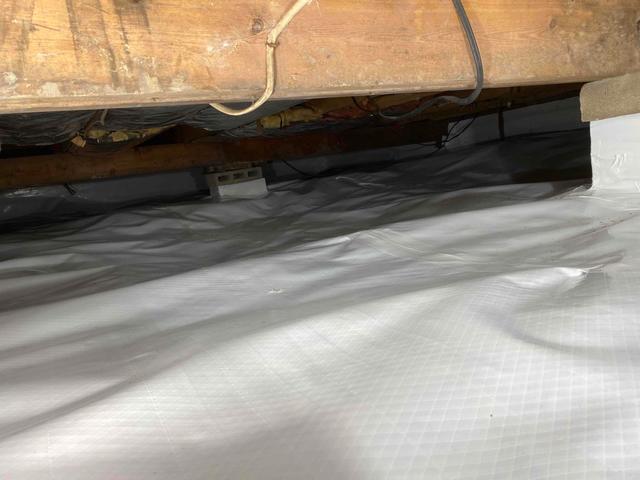 This is the crawl space after the CleanSpace and drainage products were installed and the dirt and debris was removed. 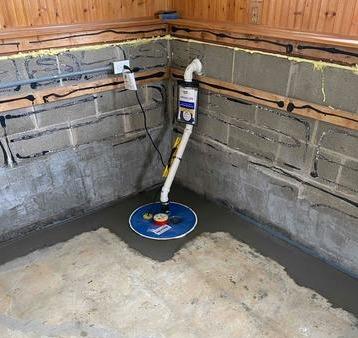 This is the installed SuperSump that will pump out any excess water and keep the basement dry.