Customer Doug Z. had recently purchased a home as-is and noticed dampness and water leakage in the basement. The walls were also cracked and bowing. He called us at Mid-State Basement Systems to see if we could help him fix the problem.   We installed a WaterGuard sub-floor drainage system, a SuperSump pump, redirected downspout lines, an IceGuard, and a LawnScape. We also installed carbon fiber straps and PowerBrace steel i-beams on walls to prevent further movement.   The homeowner is happy with the results and no longer has to worry about leakage or cracked walls in his new basement.

The walls in the basement were cracked, so the new homeowner called Mid-State Basement Systems to help. 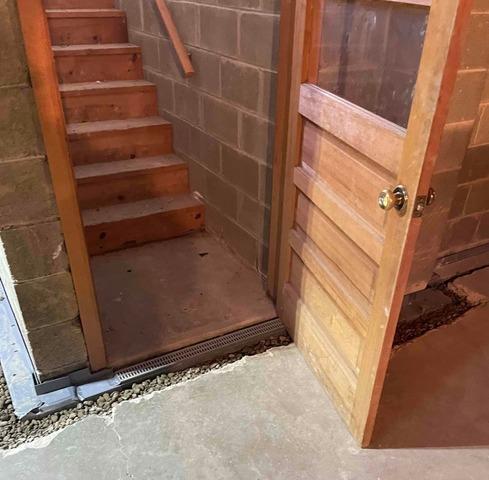 The WaterGuard was installed around the perimeter of the basement and a trench drain in front of the door to catch any water. 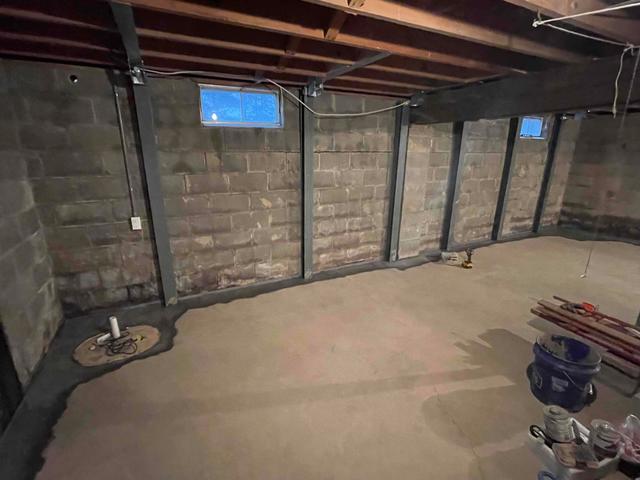 This is the basement after the WaterGuard sub-floor drainage system was installed, as well as the sump pump and PowerBraces. 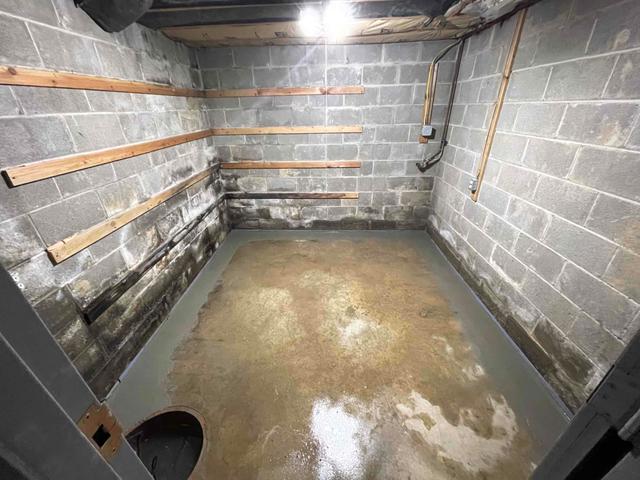 We can even install WaterGuard in tight spaces! Basement closets and rooms aren't a problem for us.

The existing downspout was crushed and too close to the home. 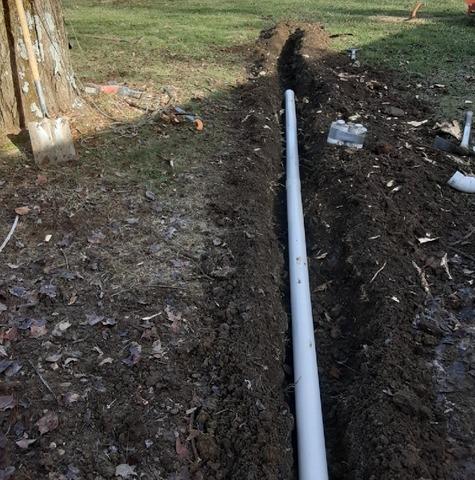 During - Burying the Downspout Conductor

The crew extended the downspout and buried the line to keep it from plopping water around the home. 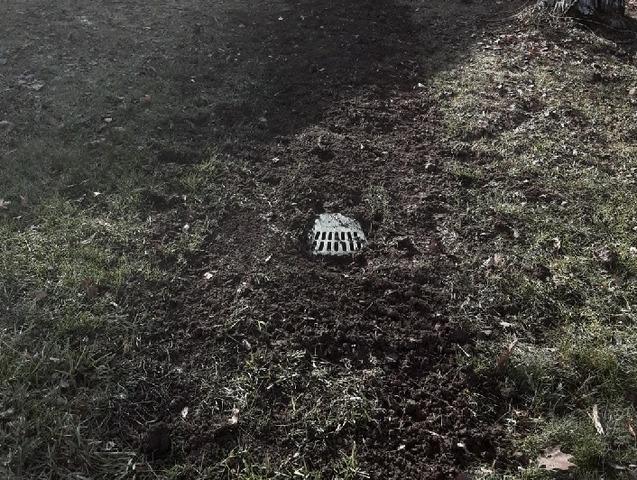 This is a simple product called a LawnScape that is a BIG help. It is installed at the end of buried downspout lines to inconspicuously release water from the gutters and basement waterproofing systems in the yard instead of near the home.