A homeowner in Walhonding, OH called Mid-State Basement Systems because he had water coming through the sandstone walls of his old basement. The basement also had a cellar door on the ground that was allowing water to pour into the basement. To remedy the situation, we went out and installed WaterGuard sub-floor drainage along the perimeter of the entire space. We also installed a TrenchDrain at the base of the steps leading from the outside door to catch water that comes in. Finally, we installed a SuperSump sump pump to collect all of that water and pump it out of the basement and away from the house. The homeowner is happy with the results and now has a dry, usable storage space. 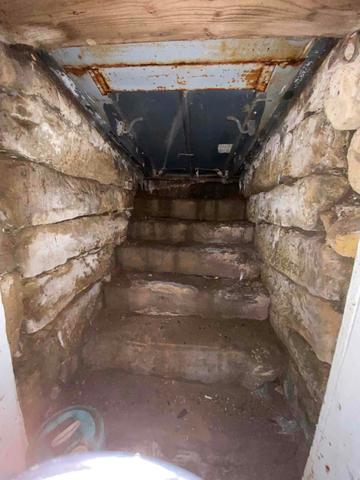 The cellar door was allowing water to come into the basement and down the stairs. 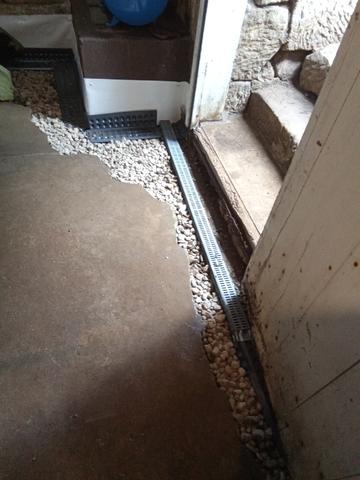 During - Connecting the Drains

The drains were all installed connecting to each other to drain all water to the same place. 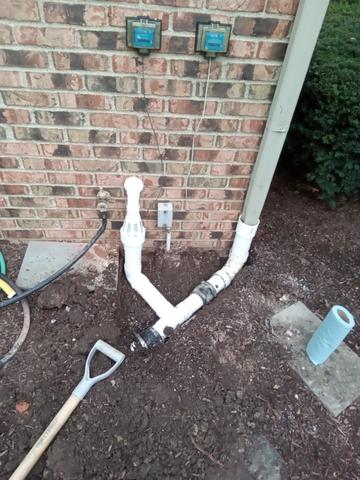 After - IceGuard and Extended Drainage Line

These drainage lines are connected to the sump pump and are the pathway for water to be moved out and away from the basement. 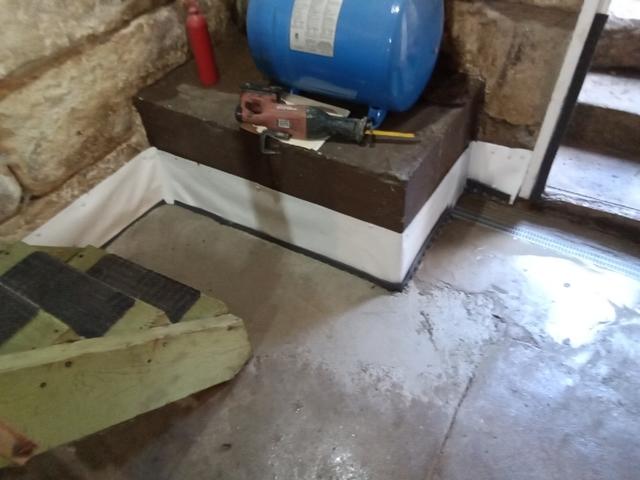 After - WaterGuard and TrenchDrain

WaterGuard was installed around the perimeter of the basement and we installed a TrenchDrain at the bottom of the stairs.